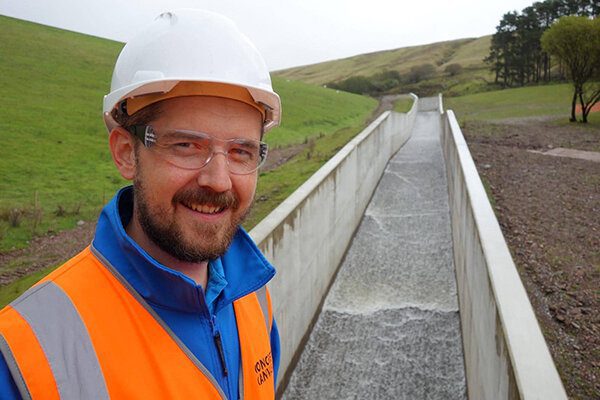 Through our Meet the Team series, we hope to introduce you to the faces behind our brand.

This month, we speak to Richard Williams, our Logistics and Admin Manager.

We spoke to Richard about what it’s been like to run the department through the turbulent time of Brexit and COVID-19.

Hi Rich! Let’s get stuck in… Tell me about your background and experience prior to joining Concrete Canvas Ltd?

My first job was with Harp International, a company based in Pontypridd. They are a refrigerant gas distributor; I started there as Accounts Assistant and they supported me through my AAT Accounts qualifications.

I worked there for about 5 to 6 years and then moved on to Formatt Hitech, which manufactures camera filters, like the UV and Polarising filters that you attach to the lens. I worked as their Senior Accounts Assistant. While I was there, they won a big contract with Amazon, so I helped to manage that.

I then moved on to Rhys Davies Logistics and worked within their Forwarding Department. I started as Admin Assistant in that department and was promoted to Operations Supervisor within a year. While I was there, I ran the process of installing a new system and digitalised the department.

That’s an impressive list of achievements! How did your move to CC come about?

While I was at Rhys Davies, I developed a good working relationship with CC’s Office Manager. Then when I saw that CC was relocating a few years ago, I applied for a job with the company and joined as the company’s Senior Office Assistant.

How has your role here developed and what do you do now?

I’ve been with CC for nearly two and half years now – I joined in September 2018. After being with the company for two years, I was promoted to Logistics and Admin Manager.

My role has developed a lot since I started. In my initial role I was processing orders, doing general filing, checking shipping documents, liaising with shippers and overseeing loading. Then I also took on payroll for our overseas and UK-based staff. Over time I took on more responsibility, including order processing, checking purchasing and things like that, as well as providing general Admin support to our Sales team. It was really busy and tough!

In my new role, I’m still doing a lot of that but have grown the team further; we now also have a Financial Controller which has meant there’s a lot more structure for us now.

I have a brilliant team. We provide support for each other and there’s no office politics. We are as one!

Between the office move and COVID, you’ve had quite a varied couple of years with us! What have your biggest challenges been while working here?

I think one of the biggest challenges was ensuring we had consistency and structure within the department and fine-tuning that, especially with changes in staffing and the move, then COVID-19 and furlough, with people working from home as a result of that. The last year has been tough. And of course, there’s been Brexit as well.

My mantra has been to make sure we keep the company moving, making sure orders go out on time and people get paid on time. Because our department has been in the office all through COVID – it’s not a job we can do from home – it’s been key that we’ve had that to focus on.

Despite all of that, what’s the highlight of working at CC for you?

There’s a real sense of togetherness. It’s corny, but you can ask anyone for help and they will give it.

It’s not a family-run business but it really has that feel to it. It’s one of the reasons I decided to apply for the role here, I knew from my relationship with the company already that there was that amazing support.

And we have additional perks in terms of the company providing our lunches and the social activities we get to do – when COVID isn’t around! We have a great team at CC!

Why or how has Brexit had an impact on Concrete Canvas Ltd?

As a whole, it’s impacted the company, but not as much as some other companies. Generally, Europe isn’t our biggest market and outside of the EU, nothing will change, so that’s an advantage for us.

We already had a rough idea of how it might work for the EU post-Brexit because we export 75% of our product elsewhere Internationally, so processes haven’t been impacted as much as they could have been if our exports were more reliant on the EU.

Our suppliers are usually UK-based as well, so we’ve not had a big impact on that front yet either.

What sort of complications does Brexit bring for our company?

The main complications we’re going to face are delays in collections and deliveries. Before, cargo moved into the EU freely but now there needs to be customs entries out of the UK, and then customs entries into the delivery area as well. We’ll need to make sure everything has EORI numbers, customs agent details, chamber details, certificate of origins. All the information has to be with us before the goods are dispatched otherwise it’ll get delayed at the border. So, it’s a lot of work and could cause problems if it’s not done properly.

How long had you been preparing for it prior to the official Brexit date? What did that look like as the time went on?

We’ve been preparing since the Brexit vote. That’s generally meant us keeping on top of research and then as time went on, there were more resources, like webinars and courses, for us to attend and use.

That ramped up in September, then we started with the courses and supporting material through into December. As soon as new information was released, we researched.

We’ve been as pro-active as possible as a department to be as prepared as possible. We’ve been taking part in online courses and webinars – the Customs Institute of Export Procedure course has been a big help. We’ve also done an advanced exporting course, and researched INCOterms, so we’re really trying to keep our knowledge as up-to-date as possible.

We’re really focussing on how we ship to Europe going forward, and generally we’ll just need to make sure the way we’re doing it now will match up to how we’ve been taught.

There were a lot of uncertainties as we had no deal in place until the last minute. How did that affect your ability to prepare?

Yeah exactly, no one knew, so it was very hard to prepare. We had to go off scenarios; if this happens, we’ll need to do this, if that happens, etc. It was mostly about general preparation for a long while. Thankfully most of it wasn’t in vain and was very useful and we’re now definitely prepared for any EU shipments. It would definitely have been smoother if we’d had better government guidance, though.

What help did you get from outside the company?

The Chamber of Commerce ran a lot of the webinars we attended, as did the freight forwarders and we were able to get their opinion on how prepared we were. The Institute of Export and International Trade came in to assess us as well and we got a lot of feedback and help from them.

We’ve also taken on some other forwarders to help with customs entries and keep on top of the additional work. A lot of our customers like to arrange export themselves, which is now difficult with the EU shipments because we need a copy of the paperwork, so the forwarders are helping with that.

Have many order shipments been affected so far?

We haven’t shipped to Europe yet this year. We quoted for an order to go out to Italy in November, and then the order came through early January but then there were so many delays at the border. So, we’ll see how things go when the time comes. 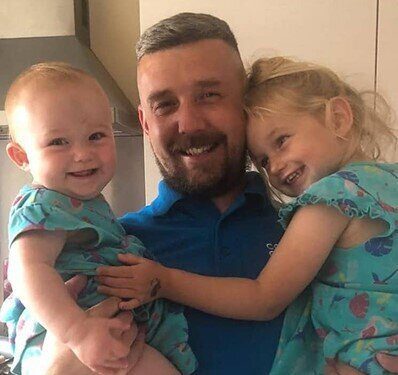 Tell us about your life outside of work?

I have a lovely girlfriend, and three beautiful girls at home. I’m very lucky.

When I’m not working, I love to cook and bake. I like getting out for a run when I can, and I’m big on sports! Football, rugby, cricket, golf. Anything really! I’m a big Manchester United fan, so if there’s a game on, I’m watching.

Your bakes often cause envy in the office! What have you been making recently?

I made this one (below) for my daughter’s first birthday. It was really difficult to decorate, but worth it in the end.

It’s incredible! Will we be seeing you on Bake Off soon?

I’m not sure about that!

What are you looking forward to in 2021 and beyond?

I’m really just looking forward to getting out of lockdown and back to normal life. It’ll be lovely to be able to have more people in the office again and not have to worry about COVID and contamination.

In terms of Concrete Canvas, I’m looking forward to keeping the momentum going and doing our bit to grow the company. Everyone’s priority is growth.

Do you have anything else to add?

With everything that’s going on, my message for everyone would be: Stay safe, keep working, the light is at the end of the tunnel.

Loving the positivity! Thanks for your time, Rich. 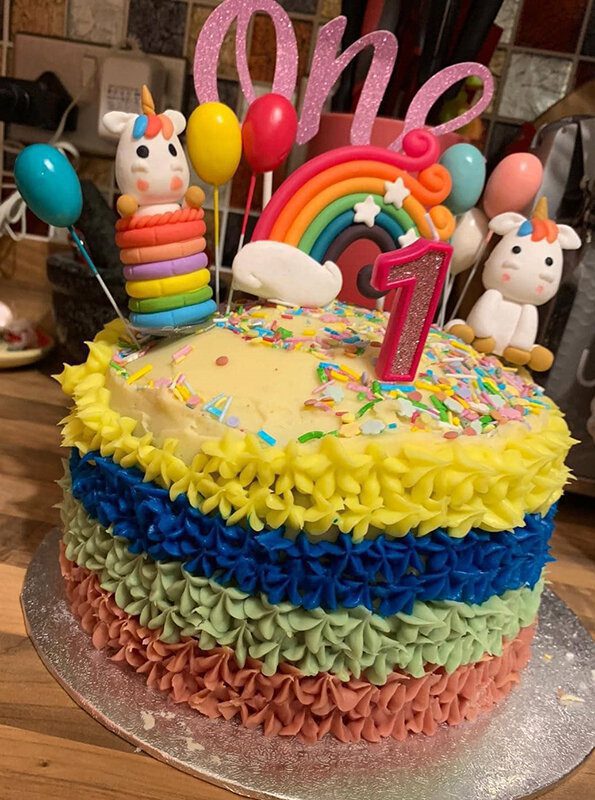