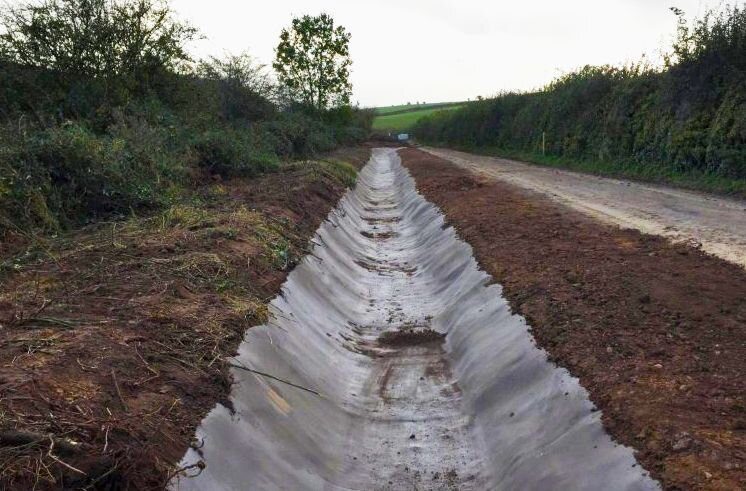 In October 2017, Concrete Canvas® GCCM* (CC) was used to line a channel at the side of the Three Arch Bridge which runs over the rail line in Sherborne, Somerset. The purpose of the channel was to divert surface water runoff from farmers fields away from an embankment that had previously slipped due to saturation.

The works were carried out by Suttle Projects on behalf of Osborne, for Network Rail, with input and Consultation provided by from Arcadis, who specified CC as a robust channel lining solution that would require minimal future maintenance.

Read the full case study here, to find out how the project was carried out, and what the Director of contractor Suttles thought of the product.