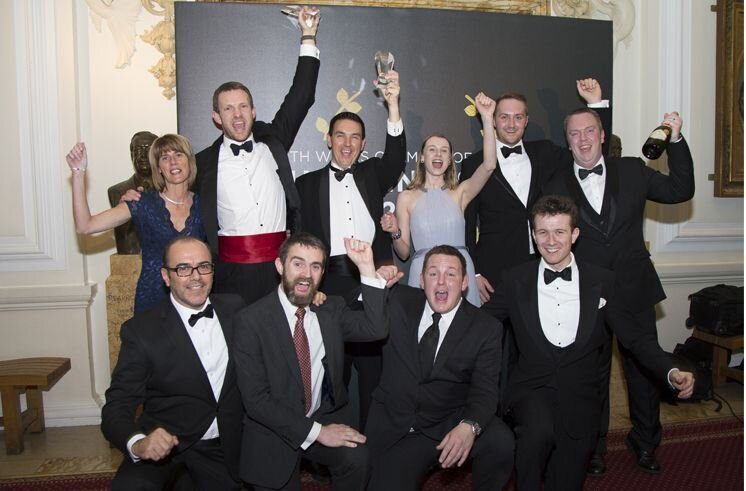 The winners of The South Wales Chamber of Commerce Welsh Business Awards 2017 have been announced at a glittering awards ceremony held at City Hall in Cardiff, with Concrete Canvas Ltd taking home three awards.

Since the company’s conception in 2004, when it was formed by Co-Directors Peter Brewin and William Crawford, the business has grown from strength to strength, and now exports internationally, with its products used in more than 80 countries around the world.

Peter Brewin, Co-Director, Concrete Canvas Ltd said: “When our name was called for the first time we were absolutely delighted but to be called back to the stage three times was completely overwhelming. These awards are testament to the hard-work that the team has put in over the last 18 months and I couldn’t be prouder of all that we have achieved.”

Heather Myers, Director of South and Mid Wales Chamber of Commerce said: “The calibre of entries for this year’s Awards was extremely high and I think we have ended up with some very worthy winners.

“Concrete Canvas is an innovative, globally ambitious company that is making an impact for the Welsh economy, while demonstrating a strong focus on future growth and an understanding of how to make this happen.”

A record number of entries were submitted for the Welsh Business Awards this year, up by 19% on previous years.

The awards aim to recognise the very best from businesses of all sizes, and from all industries, nationwide, who play a fundamental role in the Welsh economy.