In 2016, Concrete Canvas was used to reline an existing channel on top of a tailings dam, preventing severe flooding and storm damage. Find out more about the project below. 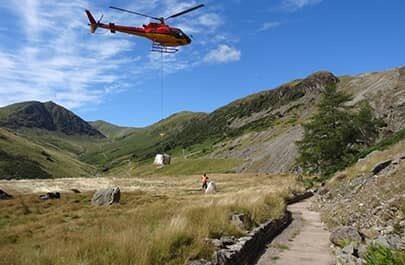 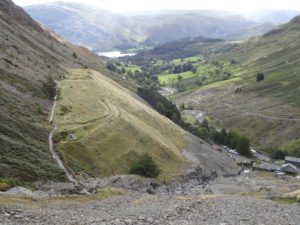 Greenside Mine was once the UK’s largest producer of lead ore, having been in continuous operation for over 150 years. Whilst it had been closed since 1961, there was still significant evidence of the mining techniques that were used at the site, leading to it being designated a Scheduled Monument. Having been out of use for more than 60 years, the site had also grown into a natural scree habitat, with species such as Juniper and Parsley Fern making it a Site of Special Scientific Interest (SSSI).

This was an extremely sensitive location, which required collaboration between the Lake District National Park Authority, Coal Authority, Environment Agency and the 7-5 Engineer Regiment under 4-2 Brigade to ensure the area remained protected throughout the duration of the project.

As a past mining location, the site had a tailings dam which had been used to store excess material. Above the tailings dam, there was a 200m long channel, which had been causing runoff damage during periods of heavy rainfall. To protect the environment, it was decided that this channel needed to be relined with a durable solution. 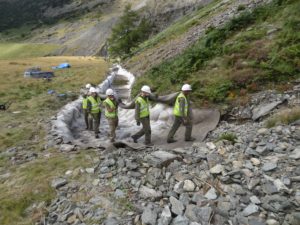 Previously, the Lake District National Park Authority had used dry stone walling and poured concrete to reline the channel. However, both of these techniques posed logistical issues due to the rural location of the site and proved ineffective at preventing runoff damage. Instead, the Coal Authority, who provide geotechnical advice to the Lake District National Park Authority, recommended the use of Concrete Canvas. 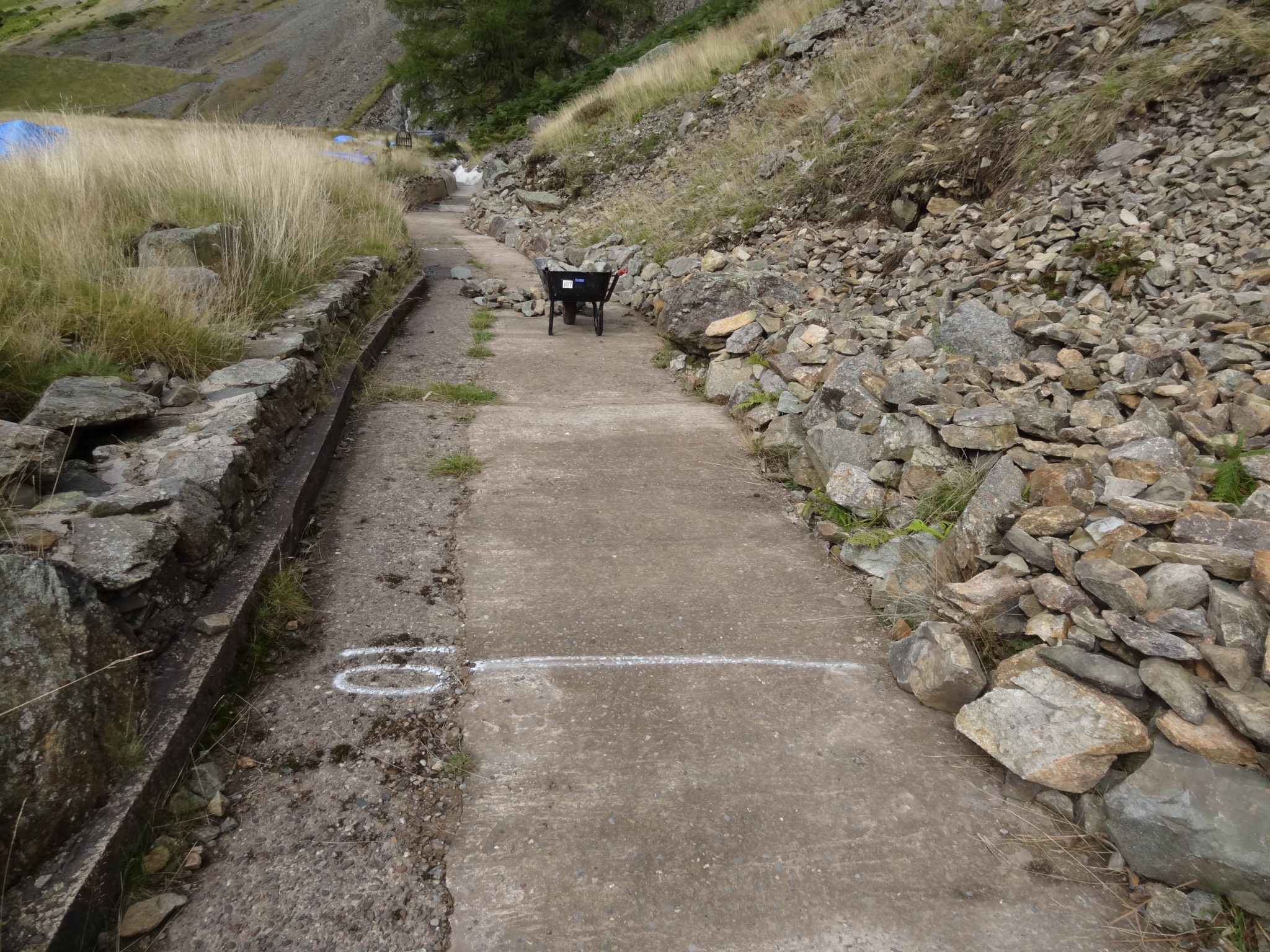 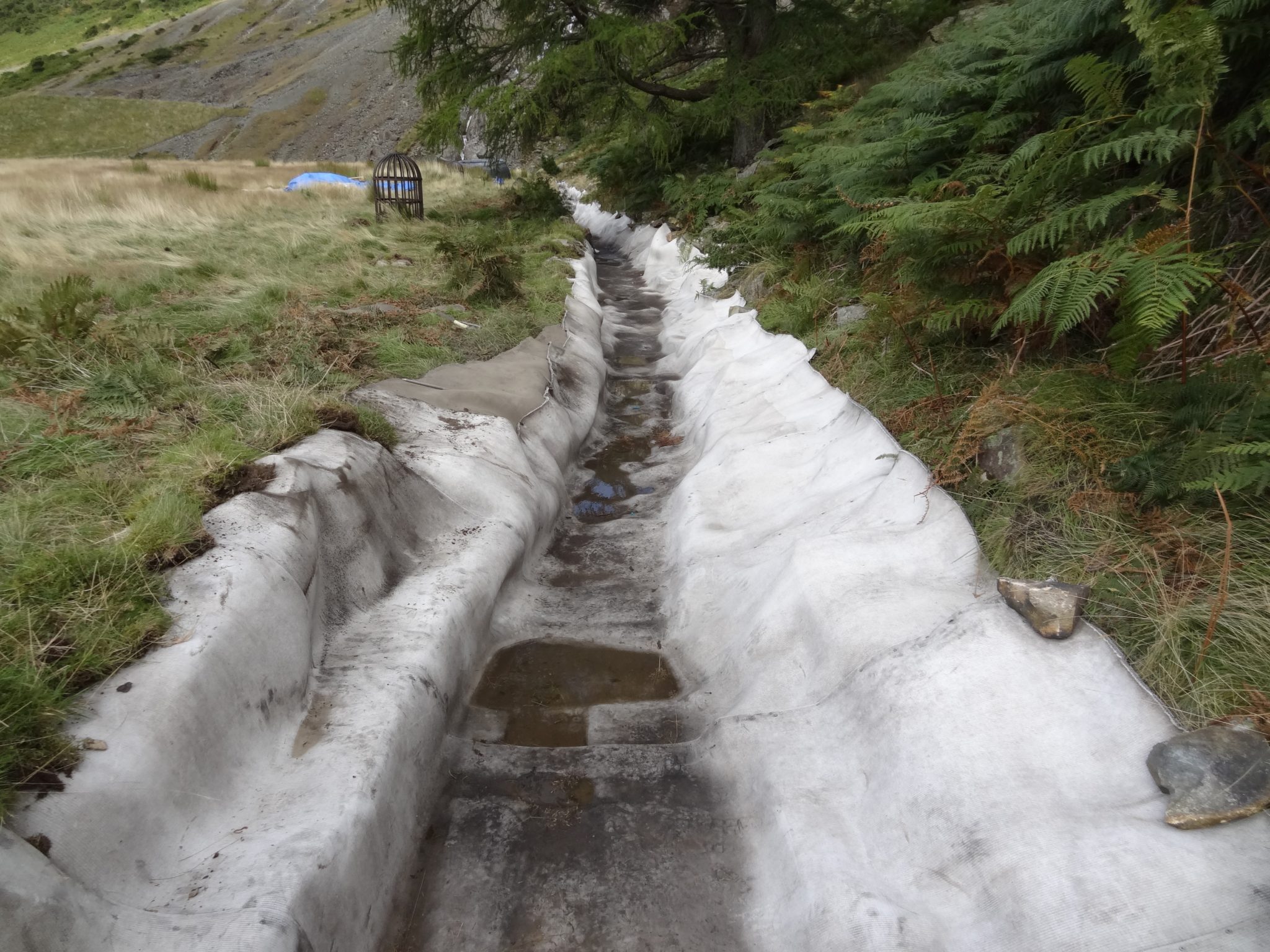 Concrete Canvas® is the original GCCM and the first product to declare conformance to ASTM D8364-Standard Specification. This is the only internationally recognised GCCM specification standard and lists erosion control applications by three classifications, Type I, Type II and Type III. It defines the minimum performance values required for each type based on the use of test methods that are specific to GCCM materials. ASTM D8364 is an important resource for clients, consultants and contractors wishing to ensure the GCCM used on their project is fit for purpose. For Greenside Mine, we recommended that both CC8 which is Type II and CC13 which is Type III were used. 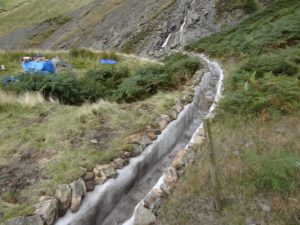 The Greenside Mine site was located on a steep hillside, two miles up a remote track. This presented initial logistical issues, with no way of off-loading the materials on site. Instead, the material was by HIAB wagon to a location that was 500m away. From here, the materials were flown into position by commercial helicopter, avoiding the impact that wheeled vehicles or tracked machinery would have had on the environment.

To accommodate for the varying profiles of the channel, it was made sure that all rolls of CC8™ were batched to specific lengths. These rolls were then labelled and palletised into loads that weighed less than 950kg, allowing them to be subsequently lifted and accurately positioned by helicopter. Once the rolls were in place, they were trimmed and anchored to the ground using steel pegs and heavy rocks, with any overlaps being jointed using stainless steel screws at 20cm centres. An army-issue 10,000 litre reservoir was then used to hydrate the rolls and set them in place. 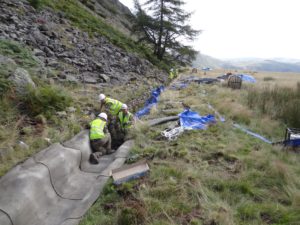 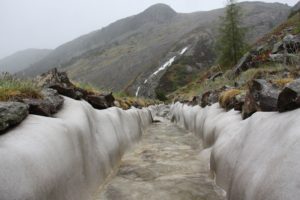 In total, 837m² of CC8™ and 128m² of CC13™ were used to reline the channel at Greenside Mine. Since the installation, the channel has effectively prevented runoff damage to mining material. As Concrete Canvas has been approved by BBA to provide durability of 120 years, we expect the relined channel to continue protecting the surrounding environment for many years to come.

“The Concrete Canvas is still working as effectively as when it was installed. We’ve had about half a dozen really heavy rainfall events since it went in and on every occasion the runoff from the hillside above the tailings dam has been intercepted and safely conveyed directly into the beck without causing any erosion of mine material. At the end of October 2021 the site received 400mm of rainfall in six days, the wettest week since Storm Desmond in December 2015. The Concrete Canvas performed exactly as it needed to and there was no erosion of any mine material.”

If you are looking for a flexible and durable concrete solution for your channel lining project, get in touch with Concrete Canvas. We can assess your project requirements to match you with the most suitable type of GCCM. With no need for plant or mixing equipment, we can even guide you through the installation process: simply unroll, secure and add water.